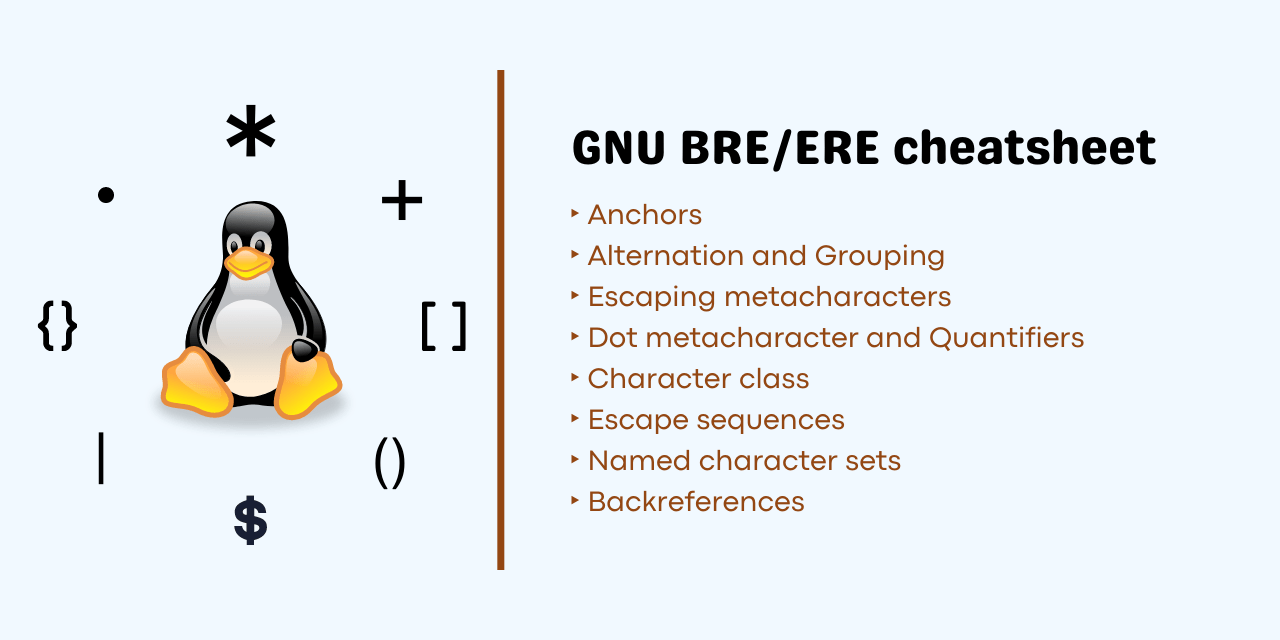 grep and sed support BRE by default and enables ERE when -E option is used. awk supports only ERE. Assume ERE for descriptions in this post unless otherwise mentioned.

This post is intended as a reference for BRE/ERE flavor of regular expressions. For a more detailed explanation with examples and exercises, see these chapters from my ebooks:

The -x cli option in grep is equivalent to ^pattern$.

grep also supports -w cli option. It is equivalent to (?<!\w)pattern(?!\w). The three different ways to specify word anchors are not exactly equivalent though, see Word boundary differences section from my book for details and examples.

The alternative patterns can have their own independent anchors. Alternative which matches earliest in the input gets precedence. Longest matching portion wins if multiple alternatives start from the same location (irrespective of the order of alternatives). In case of a tie with same lengths, leftmost alternative wins (see stackoverflow: Non greedy matching in sed for a practical use case).

This section is applicable only for sed and awk unless otherwise specified and can be used within character classes too. See also ASCII Codes Table Standard characters.

You can also represent ASCII characters using their codepoint values.

Ways to use escape sequences with grep:

The below table lists named sets and their equivalent character class in ASCII encoding. These can be used inside character classes only. For example, [[:digit:]] is same as [0-9] and [[:alnum:]_] is equivalent to \w.

Their interpretation depends on the LC_CTYPE locale; for example, [[:alnum:]] means the character class of numbers and letters in the current locale.

This section discusses flags (also known as modifiers) that change the regexp behavior. When used with regexp addressing:

When used with substitution command:

Flags are not supported by grep or awk. But these equivalent/alternative options can be used:

The behavior of sed and awk differs for Nth match if the pattern can match empty string: