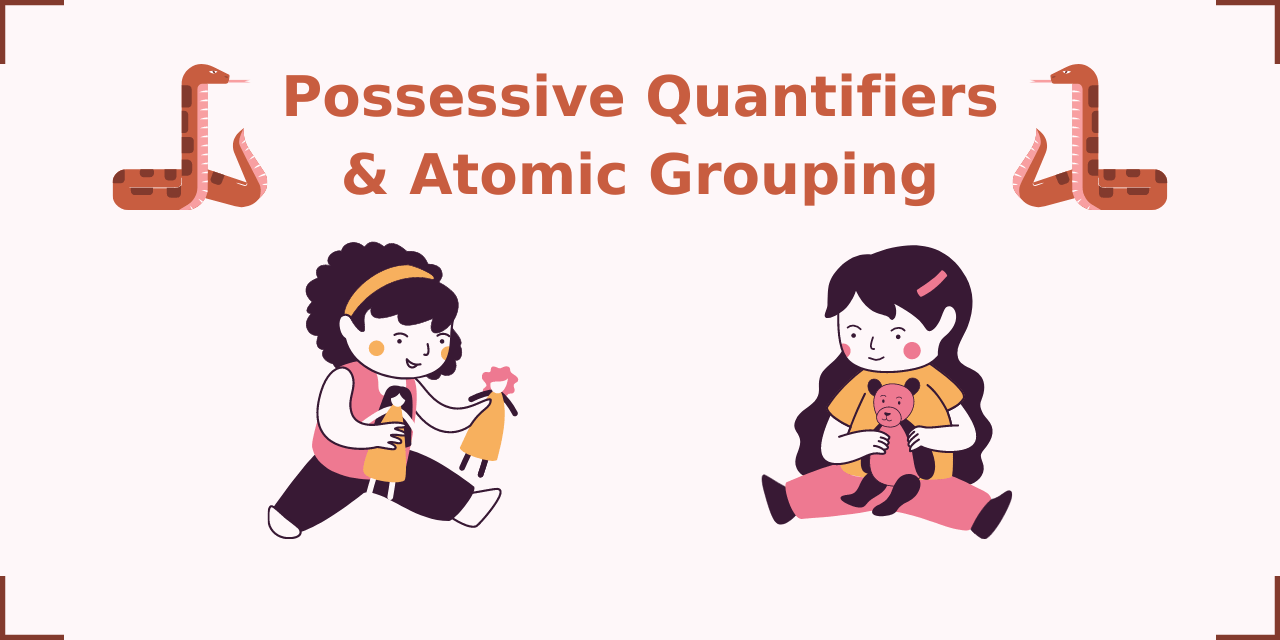 If you are not familiar with regular expressions, see my Understanding Python re(gex)? ebook to get started.

Greedy quantifiers match as much as possible, provided the overall regex is satisfied. For example, :.* will match : followed by rest of the input line. However, if you change the pattern to :.*apple, the .* portion cannot simply consume the rest of the input line. The regex engine will have to find the largest portion such that apple is also part of the match (provided the input has such a string, of course).

For the :.*apple case, the Python regular expression engine actually does consume all the characters on seeing .*. Then realizing that the overall match failed, it gives back one character from the end of line and checks again. This process is repeated until a match is found or failure is confirmed. In regular expression parlance, this is called backtracking.

This type of exploring matches to satisfy overall regex also applies to non-greedy quantifiers. .*? will start with zero characters followed by one, two, three and so on until a match is found.

Note that some regex engines like re2 do not use backtracking.

Unlike greedy or non-greedy quantifiers, :.*+apple will never match, because .*+ will consume rest of the line, leaving no way to match apple.

Here's a more practical example. Suppose you want to match integer numbers greater than or equal to 100 where these numbers can optionally have leading zeros.

(?>pat) is an atomic group, where pat is the pattern you want to safeguard from further backtracking by isolating it from other parts of the regex.

Here's an example with greedy quantifier:

Here's an example with non-greedy quantifier:

The regex module has a regex.REVERSE flag to match from right-to-left making it better suited than atomic grouping for certain cases.

Backtracking can become significantly time consuming for certain corner cases. Which is why some regex engines do not use them, at the cost of not supporting some features like lookarounds. If your application accepts user defined regex, you might need to protect against such catastrophic patterns. From wikipedia: ReDoS:

(a+|\w+)*: is a silly regex pattern, since it can be rewritten as \w*: which will not suffer from catastrophic backtracking. But this example shows how quantifiers applied to a group with multiple alternatives using quantifiers can lead to explosive results. More such patterns and mitigation strategies can be found in the following links:

📰 Use this link for the Atom feed.
✅ Follow me on Twitter, GitHub and Youtube for interesting tech nuggets.
📧 Subscribe to learnbyexample weekly for programming resources, tips, tools, free ebooks and more (free newsletter, delivered every Friday).