TL;DR: Started and ended the year well, with a depressing period in the middle. Published three programming ebooks, several blog posts, started a newsletter, improved Twitter readership, read 80+ novels, and so on. Had a good year in terms of ebook sales 😇

I also spent time updating all my existing books from February to May. 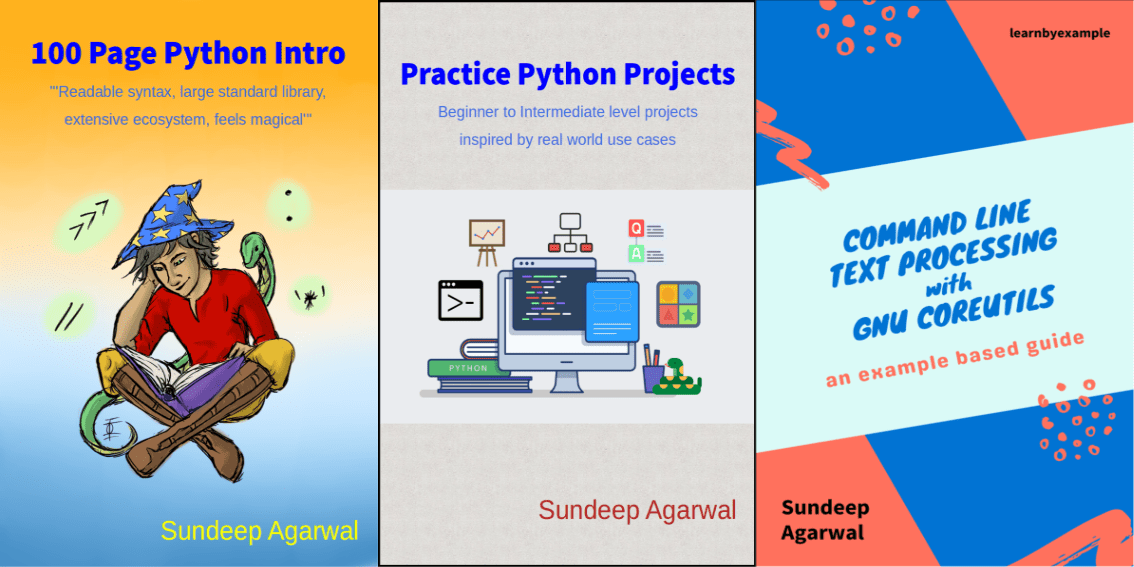 First and only workshop I conducted since the start of pandemic in 2020. And this was possible only because it was online. The topic was Python scripting introduction for Biotech students. Publishing "100 Page Python Intro" was timely for this workshop.

This took up most of my time during March/April along with updating existing books.

I've been consistently writing books for the past three years, but I find it difficult to come up with ideas for my programming blog. This is partly due to not wanting to repeat content from my books. Here's my favorite posts I wrote this year:

I tried to be more consistent by posting short articles (see mini posts list), but lost interest. Starting a newsletter in November helped change my perspective about re-using content from my books. I've started posting tips and coding challenges that are short and easy to digest:

I was more consistent for my Escapist Reviews blog that I started late last year to review novels I read.

Had better sales compared to last year, which I really wasn't expecting. Especially when the average monthly sales was around $100 between May to September (my monthly expenses is around $150). This coincided with some health issues and the struggle to finish writing the "Practice Python Projects" book.

This led me to reading articles about better landing pages, building audience on social media, affiliates, etc. I still have a long way to go, but I feel these active efforts led to much improved sales in the last quarter of the year. I ended up deciding not to use affiliates though.

Here's my sales chart from Gumroad for this year (I had similar revenue from Leanpub):

There were plenty of reasons that led to the awesome last quarter sales. Here's some significant events I remember:

The biggest takeaway for me was to actively look for opportunities (small or big) instead of just relying on free offering during book launch (which is about once in four months).

During the 50 days break, the other significant project I started was learnbyexample weekly newsletter. This is still in early stages to point out any impact it will have on my book sales, but it certainly has been a pleasure so far to email an issue every Friday.

And as mentioned earlier, this led me to write programming blog posts consistently (tips and coding challenges).

I joined Twitter in 2015. My follower count was less than 400 in July. In December, I crossed 1100. This is far from being impressive (I know a few authors who added more than 15000 followers during that time period).

Being active on Twitter led me to awesome opportunities mentioned earlier in the Book sales section. The best tips I can give is to tweet consistently, interact with your readers and don't be afraid to participate in conversations initiated by top users. Oh, and reading articles/books about social media audience building would help too.

I enjoy reading fantasy and science-fiction novels. I read 80+ SFF books this year and recently wrote a post listing my top 10 favorites.

I also got a chance to beta read The Siege of Skyhold and an ARC of Bastion. I find these a good way to give back to the writing community, having myself received plenty of support from strangers.

Foremost goal is to continue taking care of physical/mental health. And I'd be more than happy if I manage yet another year with $250+ average monthly income.